About the Task Force

The Wayne County Drug Task Force was created to combat the sale and possession of illegal drugs in our community. The task force is funded in part by the Pennsylvania Office of the Attorney General and in part from money generated from the forfeitures of money and property seized from drug dealers. The District Attorney has taken a tough stance on drug crimes and actively pursues and prosecutes all selling, manufacturing, distributing and drug use in Wayne County. 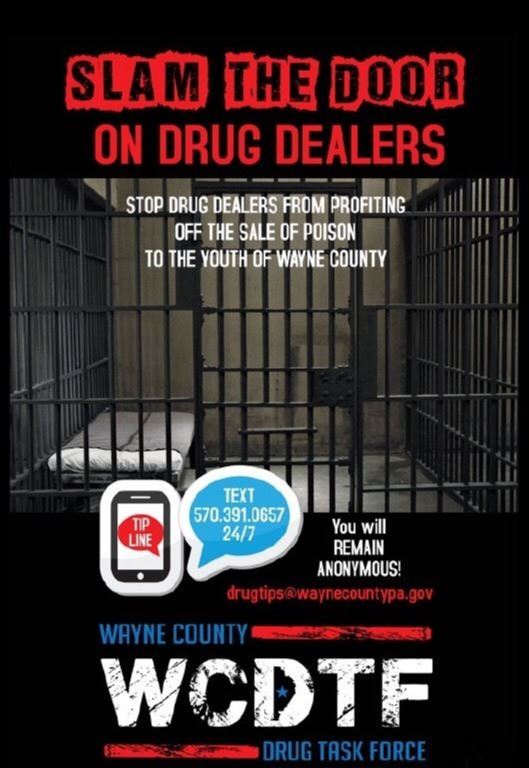 The task force is coordinated by Chief County Detective Peter Hower of the Wayne County District Attorney’s Office and is made up of officers, deputies and detectives from the:

There have been several law enforcement “sweeps” focused primarily on the arrests of drug dealers and users in this area that were performed by the Wayne County Drug Task Force and the Pennsylvania State Police.