Households all across Wayne County begin receiving invitations to complete the 2020 Census questionnaire online March 12 to 20.

Ninety-five percent or about 143 million households in the country will receive an initial invitation to respond to the 2020 Census in their mailboxes between March 12 and 20. The U.S. Census Bureau released informational copies of the invitations, the enclosed materials, and the subsequent reminders households will receive. These materials can help the public know what to expect and avoid potential scams.

All invitations will include a short phrase in English and 12 additional languages inviting people to respond online or by phone in their language. In areas where 20 percent or more of the households need Spanish assistance, the invitations will be in both English and Spanish. 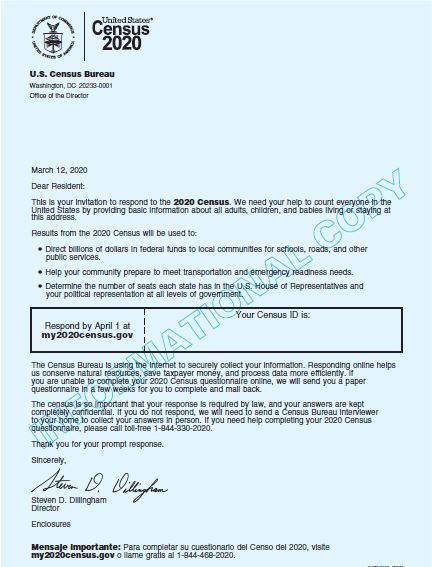 Billions of dollars in federal funds (more than $675 billion) are spent annually on critical transportation services in communities across the country, including maintenance and construction of roads and bridges. The decennial census count will inform spending decisions for the next decade. 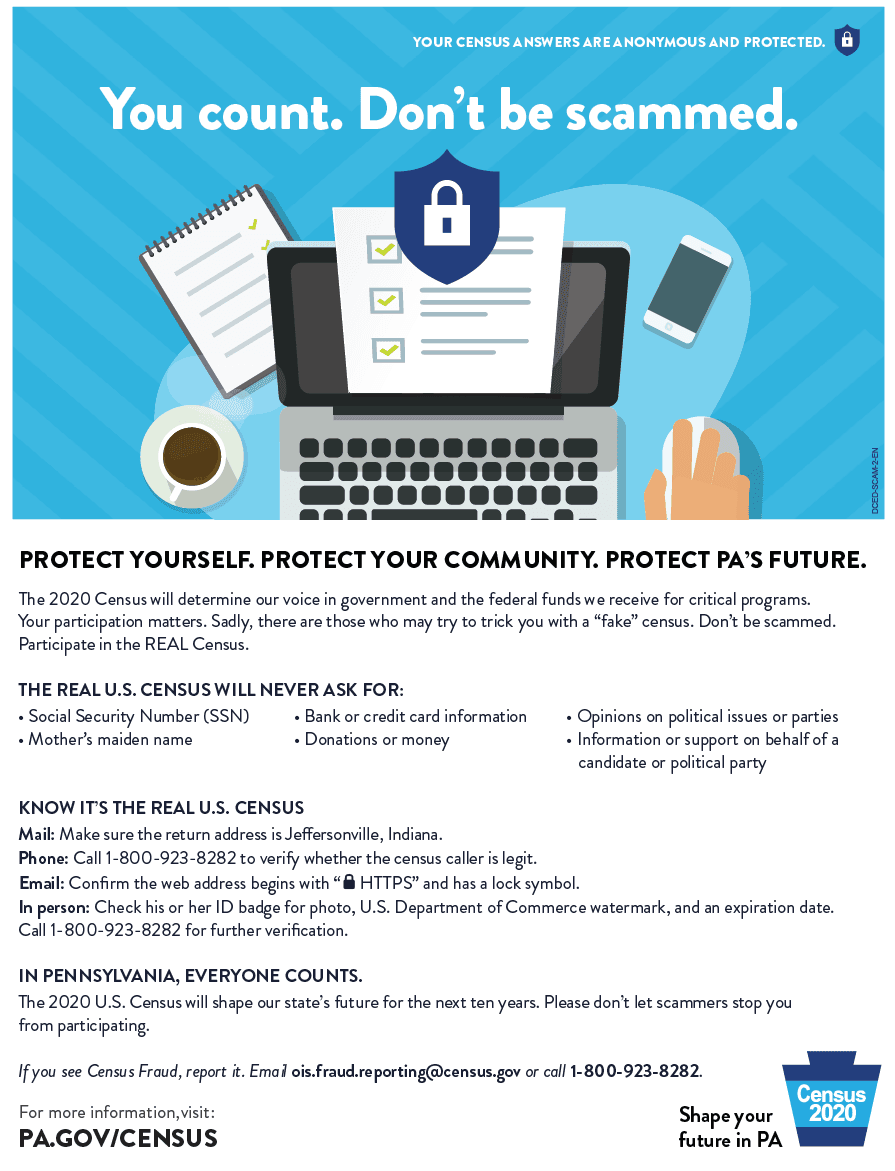 The impact of just these two programs is staggering.

In 2015 alone, the DOT distributed more than $38 billion through the Highway Planning and Construction program, the fourth largest amount of federal assistance informed by census statistics that year.

The annual HUD grants also provide billions in discretionary funding that local governments can choose to use to improve their infrastructure.

Many states, including Pennsylvania, rely on population numbers from the census taken once every 10 years to allocate revenue from gasoline sales taxes, one of the primary sources of funding for local roads.

The Census Bureau is bound by Title 13 of the U.S. Code to keep your information confidential.

Under Title 13, the Census Bureau cannot release any identifiable information about you, your home, or your business, even to law enforcement agencies. The law ensures that your private data is protected and that your answers cannot be used against you by any government agency or court.

The answers you provide are used only to produce statistics. You are kept anonymous: The Census Bureau is not permitted to publicly release your responses in any way that could identify you or anyone else in your home. Census workers who violate the directive face up to five years in prison and a $250,000 fine.

Being responsible stewards of your data is not only required by law, it is embedded in Census Bureau culture. Strict policies and statistical safeguards help protect the confidentiality of your information. Before releasing data products, the Census Bureau verifies that they meet its confidentiality standards.

From the beginning of the data collection process, the Census Bureau follows industry best practices and federal requirements to protect your data.

The security of Census Bureau systems is a top priority, and our IT infrastructure is designed to defend against and contain cyberthreats. We continually refine our approach to identifying, preventing, detecting, and responding to these threats.

The Real Cost of Not Being Counted

Wayne County Planning Director Craig Rickard said federal officials estimate that for every resident from birth to age 100+ who is not counted in 2020, means the loss of nearly $2,100 in federal funding every year for the next 10 years. An undercount of just 10 percent, or approximately 5,200 people, translates into nearly $110 million over the course of the coming decade.

Rickard said young children – under the age of four – are the most under counted group, but there are challenges with senior populations and among immigrants and the poor.

He explained that responding to the 2020 Census is easier than it has ever been, with opportunities for households to complete the 10-question survey over the phone, online or by traditional mail.

Colleen LaRose, an outreach specialist with the Census Bureau in Philadelphia, said households should begin receiving the survey in the mail from the Census Bureau in mid-March, at which time people can start going online or calling the number. Census Day is officially April 1, but she said the count will continue into the summer. LaRose emphasized that those who do not mail it back, log in or call will get a visit from a Census enumerator.

The Census is a housing survey and is designed to count people where they spend most of their time. LaRose said if you spend half the year in a warmer climate and half the year here, then you respond to the Census wherever you wake up on April 1.

“We only have one chance for a complete and accurate count,” LaRose explained.

The U.S. Constitution requires that electoral districts be periodically adjusted or redrawn to account for population shifts. Each decade, the census reveals where populations have risen or fallen.

State legislatures or independent bipartisan commissions handle the process of redrawing congressional district lines. The U.S. Census Bureau provides population counts to the states for this purpose. Pennsylvania lost its 19th Congressional seat after the 2010 Census and will likely lose at least one more in 2020.

The census tells us much more than just the population of our country, your state, and your community. The census produces a wide range of statistics about the makeup of those populations, from ages and races to how many people own their home.