The Wayne Memorial Hospital expansion project, backed by the Wayne County Commissioners, marked the halfway point of the project in September 2017, when the last steel beam was hoisted into the framework of the new patient tower. Expected to be completed shortly, the 85,000-square-foot tower is the hospital’s biggest expansion in history and will house 50 private patient rooms. The private rooms are designed to help reduce the potential for infection, reduce noise, increase communications between the patient and his/her clinical team and enhance comfort. At the same time, the hospital is renovating 35,000 square feet of existing space, including expanding and adding more private space to Chemotherapy and Wound Care. Wayne Memorial Board Chairman Dirk Mumford and CEO David Hoff both called the $40 million project “exciting and significant.” 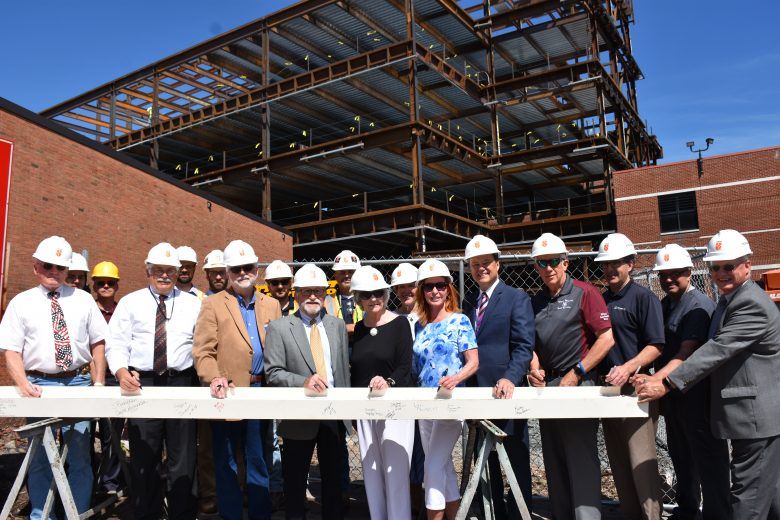 Hard hats on and industrial pens in hand, members of the Wayne Memorial Hospital/Health System Board of Trustees signed the ceremonial “last” steel beam to be hoisted into the framework of the new patient tower. The gesture signified the halfway mark for the project which began in September of 2017 and is expected to finish mid-Spring 2019. Once all the steel has been erected and bridges connected to the current building, finishing work will begin inside. The 85,000 square foot tower is the hospital’s biggest expansion in history and will house 50 private patient rooms.