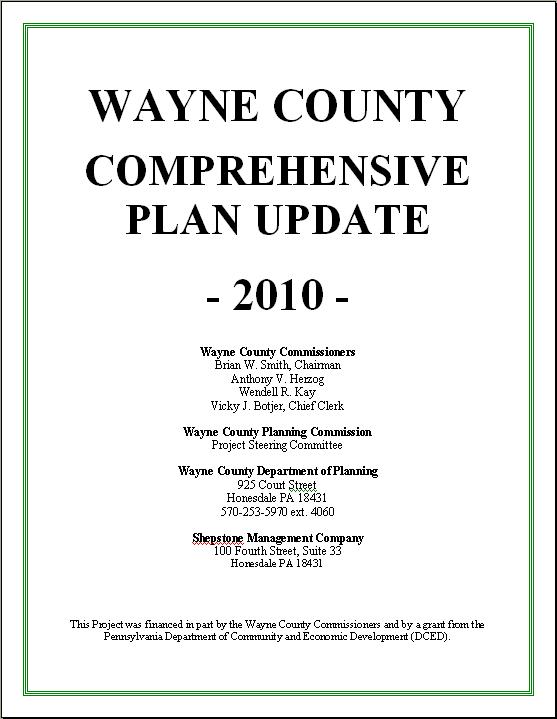 As part of the update process, both resident and second-home surveys were conducted to obtain public input.  The Wayne County Planning Department also conducted several public meetings in different areas of the County in order to obtain additional input.  The result of this planning process is a document that will serve as a blueprint for the management of land use in the County for the foreseeable future.  The Wayne County Comprehensive Plan Update was adopted by the Wayne County Commissioners on September 28, 2010.